The scientific journal Almanach. The current issues of the world economy and politics  have been dealt with at the Faculty of International relations since 2006. Initially, the journal was issued twice a year and from 2013 onwards it is issued four times a year. It covers themes of current world economy, politics, law and international relations, and provides a space for presenting the plurality of views by various forms, in particular the outputs of scientific research. According to the conclusions from the meeting of the Editorial Board of the scientific journal of Almanach. Current issues of the world economy and politics can also be published by authors from an external environment. Papers are reviewed.

The range of scientific articles should be at least 18 000 characters (10 standard pages), articles must contain abstract, keywords, JEL classification and a list of sources. Abstract, article title and keywords are in the Slovak/Czech and English language.

Each author sends an email (in Word, unsigned) and forwards/sends a signed license agreement by mail.

Template for the authors

Faculty of International Relations at University of Economics in Bratislava 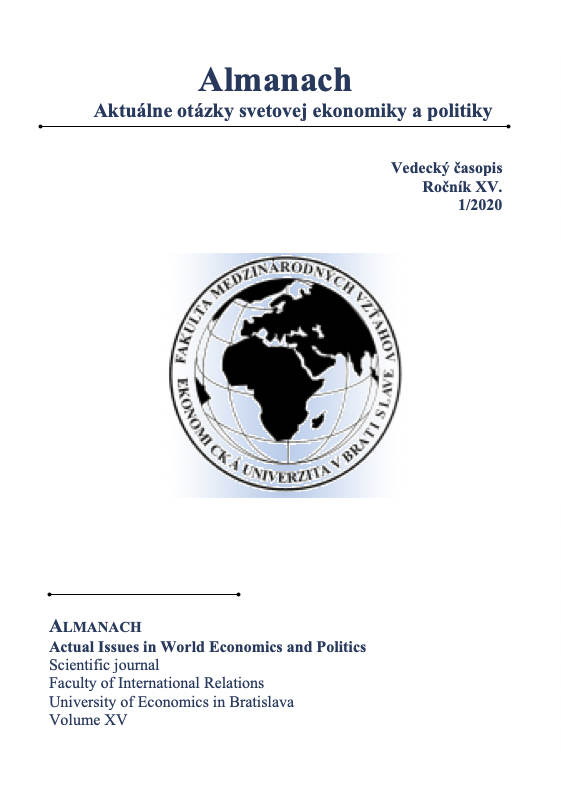